Don grew up in the tenant house on his great-grandad’s farm outside of Goodfield, Illinois.  The son of a cop and a school teacher, lessons about the value of hard work and respect for authority began at an early age.  By the time he was 11 years old, he was detasseling for seed corn companies, walking beans for neighbors and bailing hay when folks were truly in a pinch.  Leisure time was spent on baseball diamonds and farm ponds around central Illinois.  Be it baseball, corn, pumpkin or beans, Don truly grew up in the fields of central Illinois. 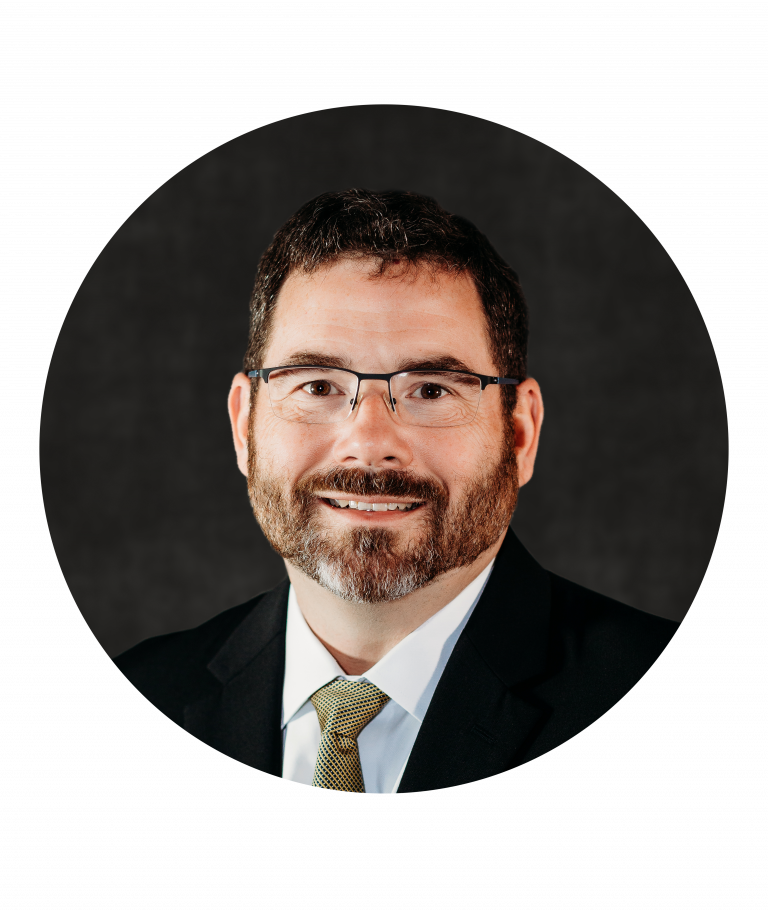 Beyond baseball, Don enjoyed many activities during his youth from sports to foreign language club to various band ensembles.  He continued some of those activities at Illinois State University where he was a member of the Big Red Marching Machine’s Tubaline—playing the sousaphone in both marching band and pep band.

While at ISU, Don majored in Criminal Justice Sciences and was only the second intern allowed to work at Task Force 6: a covert unit specializing in narcotics investigations.  Task Force 6 still operates in the 11th Judicial Circuit to this day.   After undergrad, Don attended and graduated from DePaul University College of Law.  During his summers at DePaul, he was selected to work in the Legal Intern Program at State Farm, which was created to assist the claims department identify and hire attorneys in hopes those attorneys would work within the claims ranks. In the summers during law school,  his first  summer internship was with the State Farm Fire & Casualty Company and his second summer assignment was with the State Farm Mutual Automobile Company.

While in the SIU, Don not only spearheaded investigations into national fraud schemes but he hired a lawyer to handle numerous cases involving those schemes. That lawyer, Dan Schmidt,had a profound impact on Don’s life both professionally and personally.  Dan worked for Don for five years before Dan was elected to the Illinois Appellate Court.  Once elected, Justice Schmidt asked Don to then come work for him as an elbow clerk at the appellate court. Don accepted that position and spent the next 12 years of his career writing the opinions and the orders of the 3rd District Appellate Court which includes 6 judicial circuits from more than 20 counties and spans from Indiana to Iowa.

During his tenure at the appellate court, Don wrote an almost immeasurable number of court opinions and orders that still bind the trial courts in the State of Illinois to this day.  The complexity of the cases he was called upon to analyze and resolve stemmed from routine family law matters to multi-billion dollar disputes brought directly to the appellate court from the Illinois Commerce Commission to complicated murder cases and everything in between.  While at the appellate court, Don was sponsored by now Federal Judge Robert Dow for membership into the Illinois Appellate Lawyers Association, which he gladly joined.  Given the admission requirements at the time of Don’s membership in that organization, he was one of only about 400 members of the Illinois ALA out of Illinois’ more than 85,000 practicing attorneys.

Don’s work at the appellate court became well known to then State’s Attorney Jason Chambers, who asked Don to lead the Civil Division of the McLean County State’s Attorney’s Office.  Don accepted and began working in August of 2014 as the First Civil Assistant for the office.  While acting as the County’s chief civil lawyer in many matters, Don was asked to be part of the negotiating teams that worked to bring both Rivian and Brandt to McLean County.  In fact, Don was one of two main architects of the project development agreement that Rivian executed upon purchase of the old Mitsubishi plant.  He negotiated and drafted much of the language contained within the agreement and then was called upon to explain the agreement to many units of local government.

Similarly, while other units of government were continuously fined up to millions of dollars for engaging in pension spiking, McLean County was not. In fact, when IMRF contested a pension matter and attempted to collect more than $20,000 from McLean County on what Don believed to be a miscalculation and misinterpretation of the pension spiking provisions within the Pension Code, Don filed suit against IMRF which he won with no penalty ever being paid by the taxpayers of McLean County.  This suit resulted in the General Assembly rewriting the pension code which led then State’s Attorney Jason Chambers to remark that the way you beat Don Knapp in court is to go to Springfield and change the law.

Don’s legal acumen and tireless work on behalf of the citizens of the county resulted in his appointment and unanimous confirmation to State’s Attorney by the McLean County Board on August 21, 2018.  At the time Don was appointed State’s Attorney, the county had already experienced 9 horrific homicides and ended the year with a record 11 homicides.  Understanding the effect that gun violence and the illegal possession of weapons were having on the community, Don engaged in a course of targeted deterrence with law enforcement and community partners that has helped our community remain free from the overwhelming increase in violence experienced since 2018 by similar communities such as Champaign, Peoria or Macon County.

To Don, targeted deterrence does not just mean the stick but also includes the carrot.  As such when his office identifies an individual who is clearly in need of community services to keep them from heading down a path that will undoubtedly involve the criminal justice system, he contacts numerous community partners and seeks to assist those individuals in obtaining all available services.  Having drafted many of the documents relevant to McLean County’s Mental Health Initiatives, including the shared sales tax agreement that funds various services, he is intimately familiar with programs such as FUSE and routinely seeks to assist individuals entry into such programs.  He has worked with kids from the Western Avenue Community Center to broaden their relationship with law enforcement in a positive way by sponsoring events such as a day playing virtual reality games at a local establishment or simply sitting down and talking to at risk youth during forums at the Boys & Girls Club.  He expanded the State’s Attorney’s Office’s in-house deferred prosecution program to include very low-level felony possession offenses. This expansion not only allows the individual to potentially avoid eventual charges but allows the deferred prosecution coordinator to fashion a unique program to the individual’s specific needs in hopes of curbing any further criminal activity.

Don certainly understands, however, that community based sentences are simply inappropriate in numerous instances.  During his tenure as State’s Attorney, the office has won a historic 11 murder trials in a row.  Court records appear to indicate that 26 murder trials took place in McLean County from March of 1998 to February of 2017, or about 1.4 a year. Under Don’s leadership, the office tried and won 10 murder cases in just 22 months from November of 2019 to August of 2021.  There can be no doubt that the office’s emphasis on gun crimes coupled with a willingness to engage community stakeholders helped reduce murders in the county from the 11 in 2018 to a single homicide in 2020 – a year in which similar communities throughout central Illinois and the country were experiencing record numbers of gun violence.

Are you registered to vote?

Made with ♥ by The Magic Blue Box